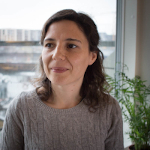 Hi, I'm Fabi. I write knitting patterns among other things

My new pattern, Sentido, is available now available on Ravelry. 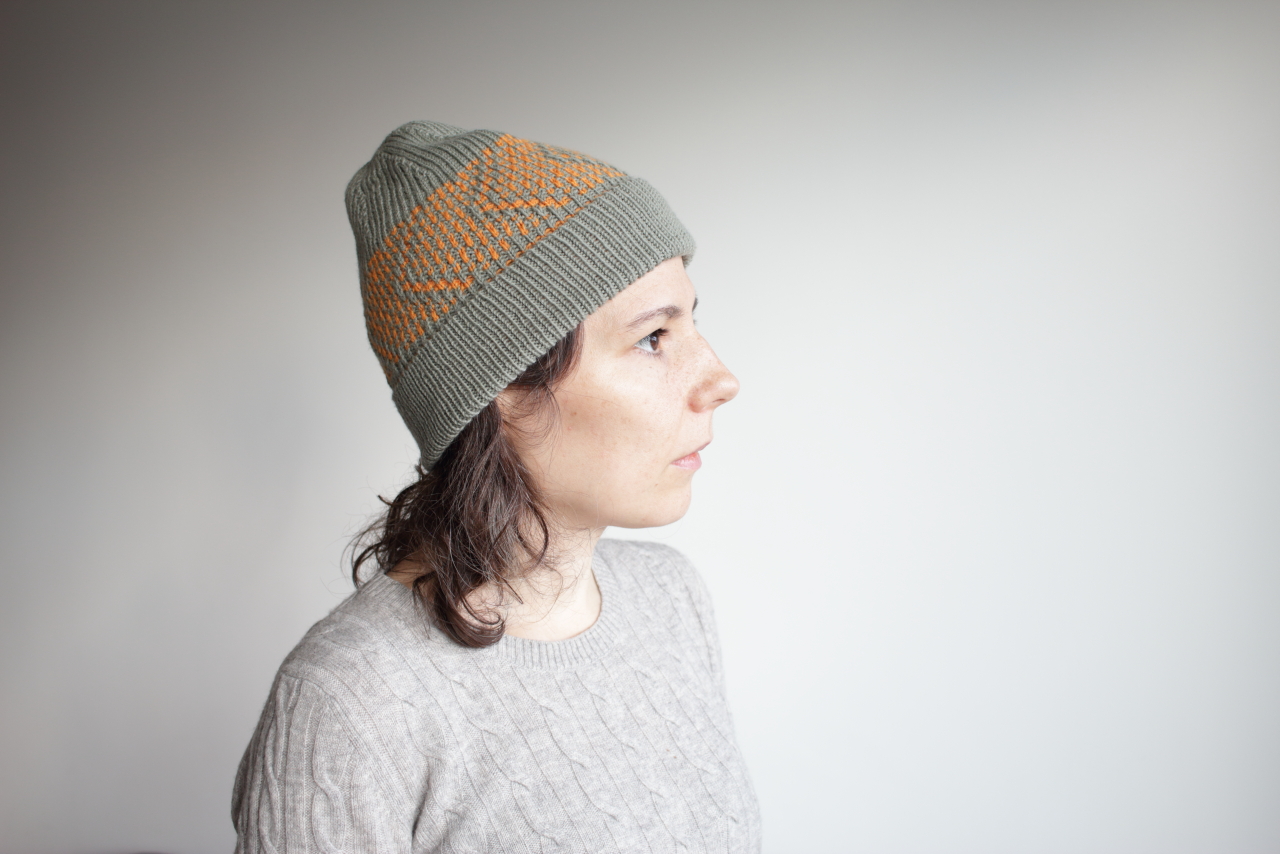 It is a simple 1x1 rib stitch beanie, with a colorwork section in mosaic knitting. It is written for both children and adults. Check out the test knitters’ versions on their Ravelry project pages no Ravelry. This pattern wouldn’t be possible without my wonderful testers. 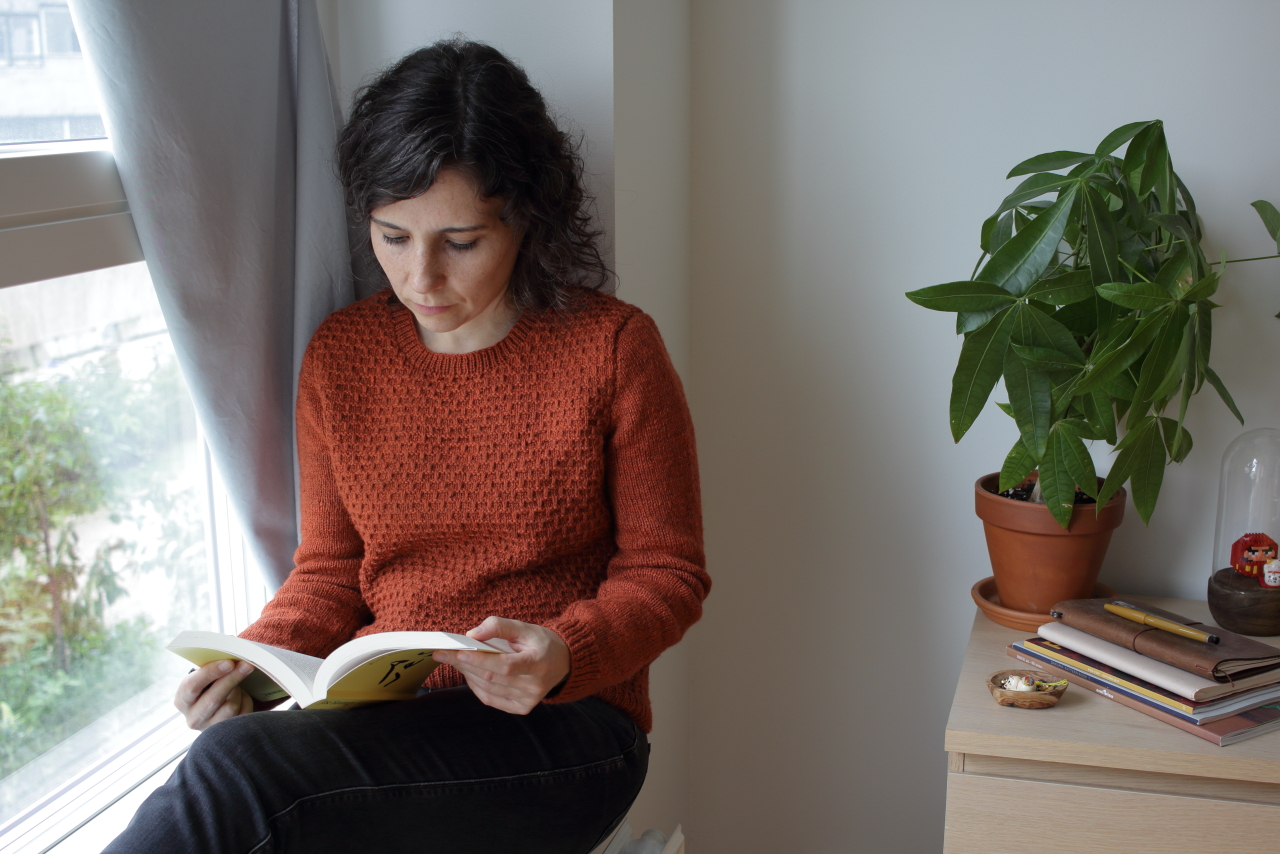 My newest pattern, Argila, is finally available on Ravelry!

This is my first adult sweater and it took me so long to publish that I could have had a baby by now, that’s how long it’s been. I re-knit the sweater several times before I was happy with the result, and the writing process was also more complicated than I expected. 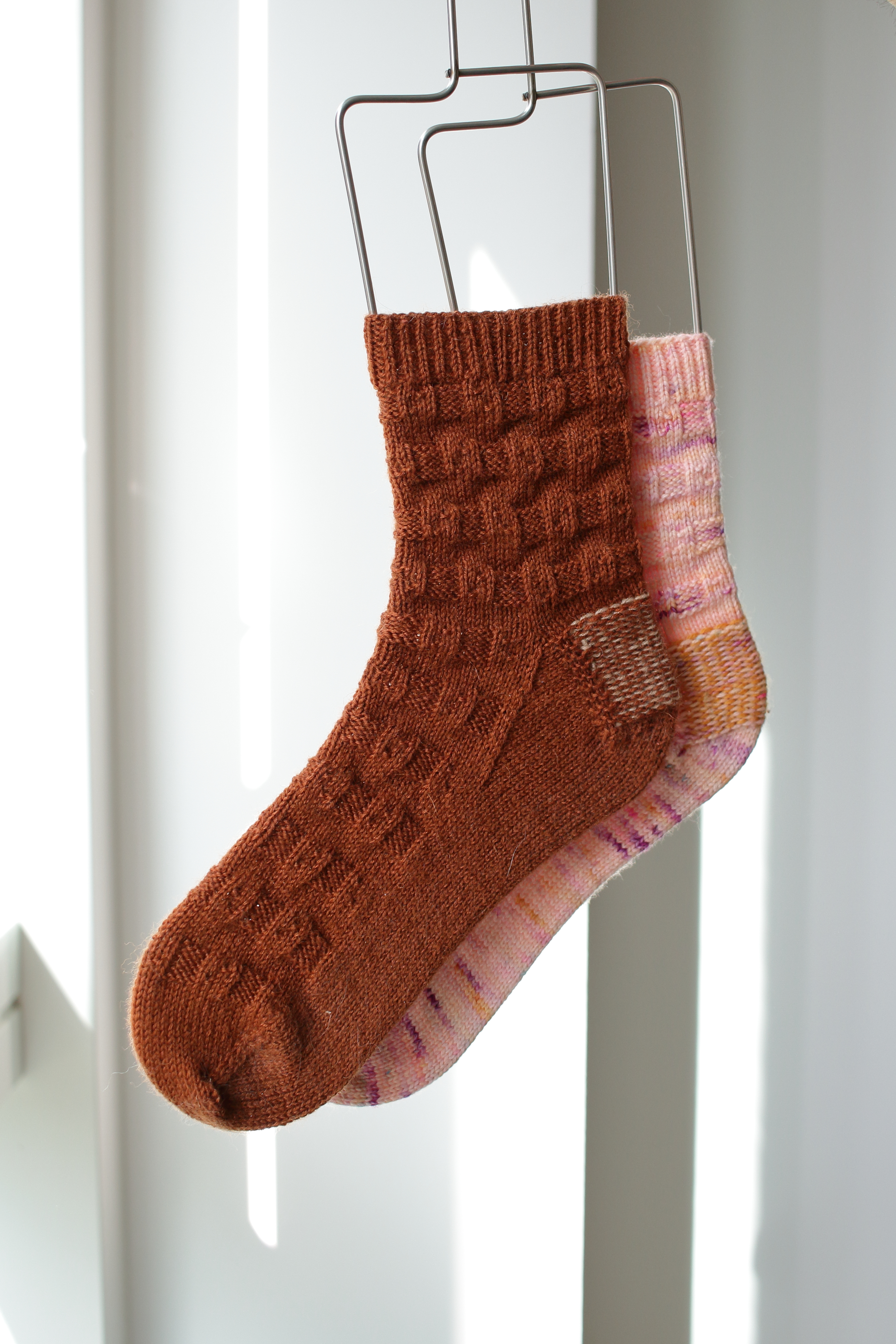 My newest pattern, Dezasseis, is now available on Ravelry!

After a smooth test knit, this might be my fastest pattern release yet. I was a bit disappointed when I realized that I would have to release it as a one size only, but I decided to release as is. The price tag should reflect the pattern’s shortcomings. 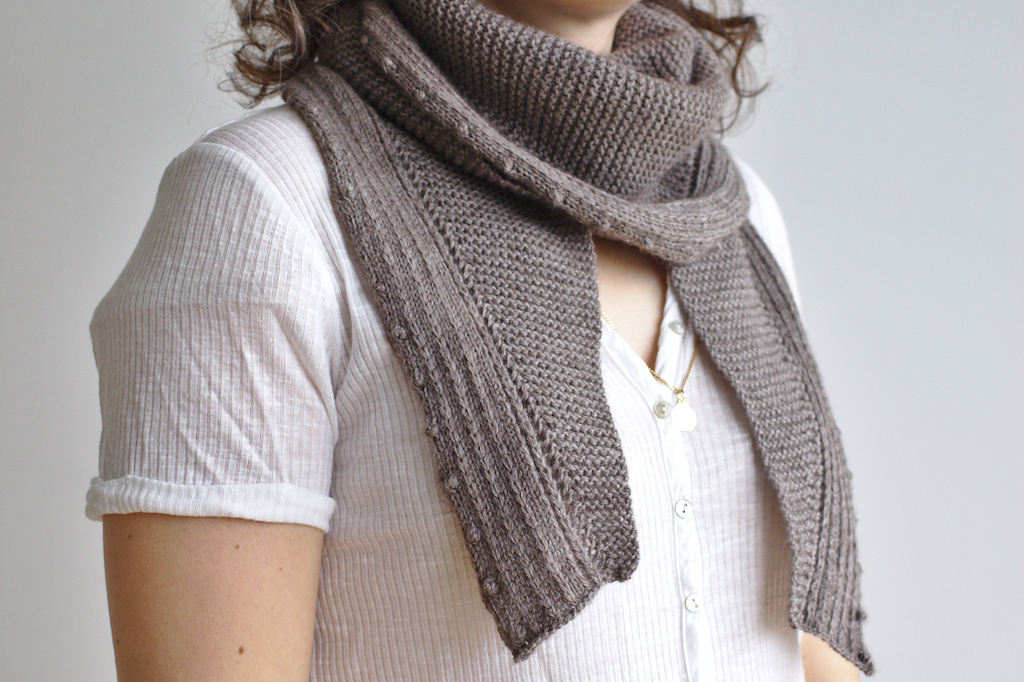 My new pattern, Emilinda Aurora, has been finally released and it’s available on Ravelry. It has taken longer to release than I expected (as per usual), but I think it was worth it to think about the pattern a bit more.

I decided to knit a second sample where I knit an i-cord edge on the bobble border, the orange sample. The i-cord will help with the curling on the border and it looks as beautiful as before (in my opinion 😇). You can read more about the icord on this post.

Here you can read about my designs, as well as tips and modifications to my patterns. If you speak Portuguese you can also find me on Youtube as Meyas Podcast. And of course I am on Ravelry! Click on the Ravelry icon above or search for apionese.